These Caramel Apple Croissants are a fun fall treat that bake up in just 30 minutes! 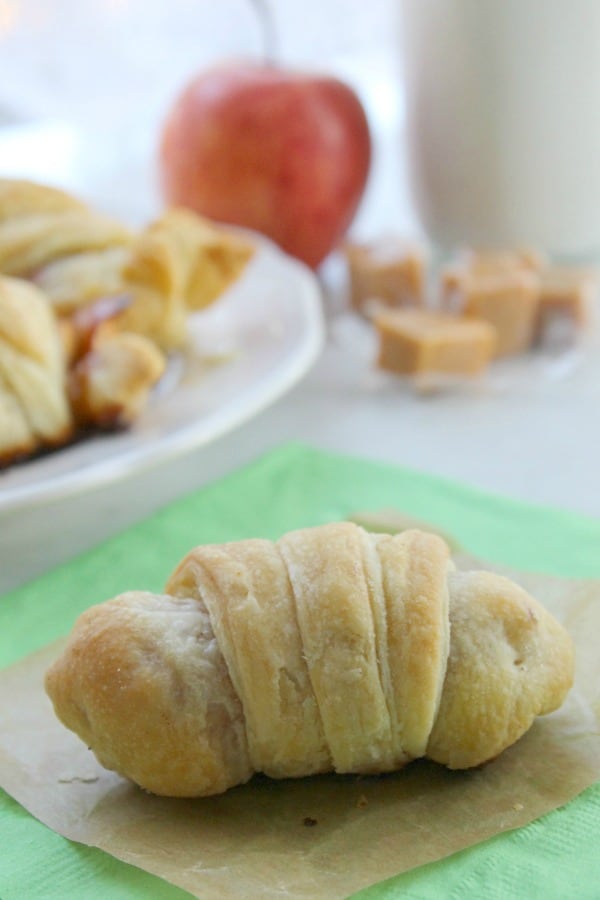 Apple season is upon us and I am super excited! My family and I started apple picking every September for about the last five years. It is now a tradition that we have and it was one of the first things we did after we moved to Indiana last year. The first year I would say that we picked WAY to many apples. I’m pretty sure it was two bushels. I really believe it was three months worth. We almost started having them go bad and the kids were kind of sick of apples everyday for three months. 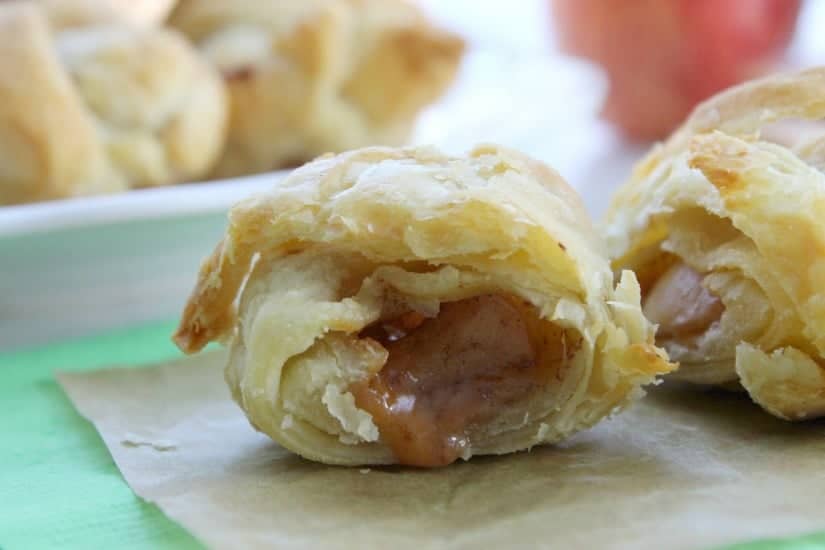 There were lots of things that we made with our apples. We juiced them. We made apple pies with them. I learned how to make homemade applesauce, which so happens to be one of my most visited recipes on my site. One of my first tarts that I made was a caramel apple tart. I also learned to make apple compote that my mother taught me to make. It is what she normally uses to put in her pies. My hubby would eat it straight up! 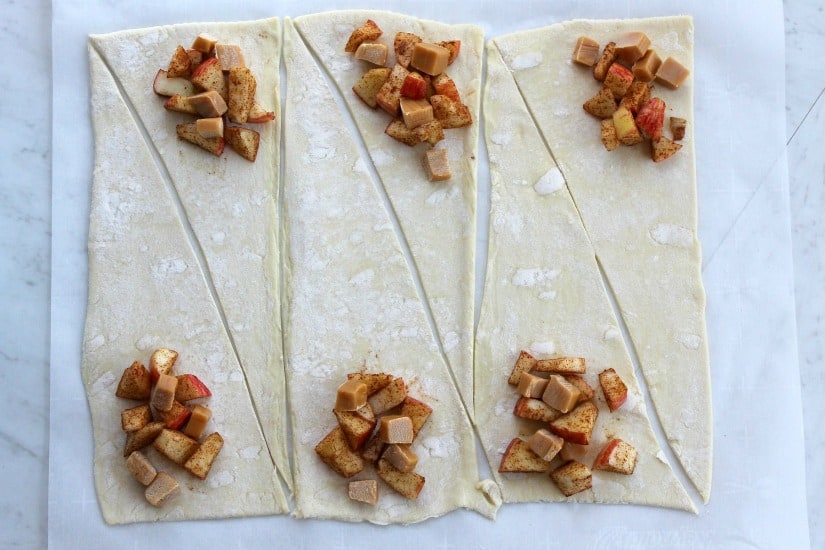 I think my hubby, the older kids and I have more fun picking then my youngest. She gets excited about the thought of apple picking and then after five minutes of being there she is done. She normally says “I’m hot” or “there are too many bug” or something along the lines of that.

Let me tell you though, she has no problem eating these Caramel Apple Croissants. It is the reward, so to say for all of the picking that we do.

Now putting these croissants together is pretty basic and simple. While I do have people ask me all of the time how to cut the triangles I hope the picture before they are cooked really gives you an idea of how it is done. When you roll them up you want to do it as tightly as you can and make sure you get those ends tucked in so you do not have all of your ingredients fall out or melt out during baking. You will, however, have some of the caramel come out, but that is just a little and not too much of a mess! Happy apple season and ENJOY! Hop on over to Food Fanatic to check out this Caramel Apple Croissants Recipe! 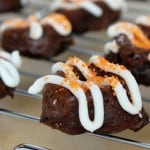 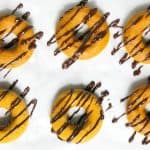 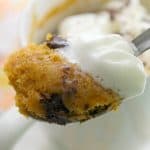